We’re proud to bring our creative thinking to those in need in the corporate world. Delivering excellent solutions across multiple territories and languages.

You can trust the experts at Buford Global Consultants Inc. to guide you through the many programs offered by the Citizenship...

We believe in the power of creative thinking to transform brands and connect with people in more imaginative, meaningful ways. 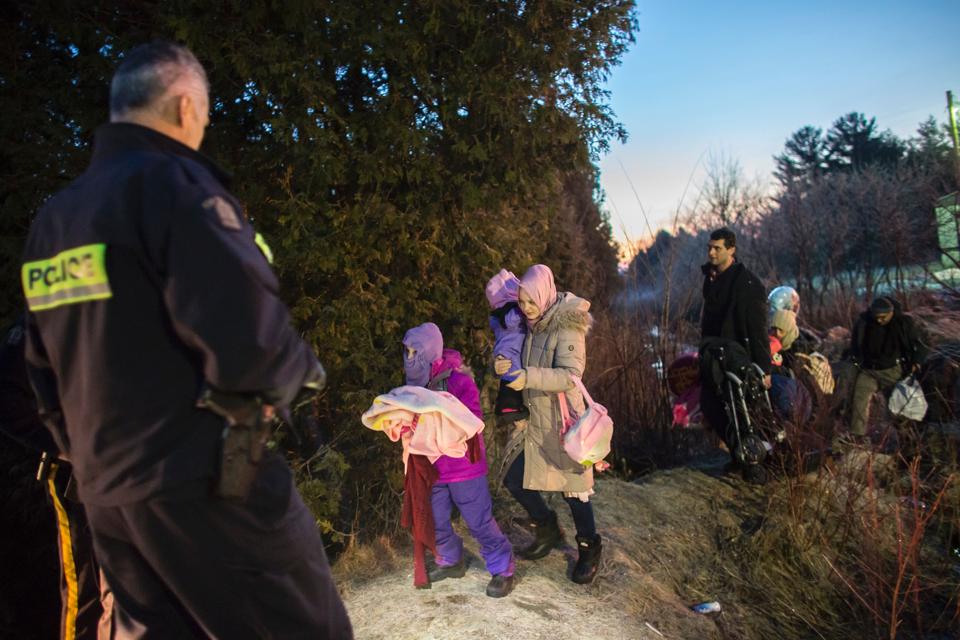 It’s too early to definitively comment on the legality of Trump’s new immigration executive order signed Monday. However, the lingering anti-Muslim animus previously expressed by Trump during the Presidential election campaign permeates the new “Trump Lite” order. Like his previous aborted order, this new one fails to identify the countries that have been linked to terrorists who previously caused harm in the United States, most notably Saudi Arabia. So the criticism of aiming at the wrong target countries, namely, Iran, Libya, Somalia, Syria, Sudan and Yemen, still applies.

Read More...
The new order is far more cautious in setting out its proscriptions and more tentative in how long they will remain in effect. A 90-day travel ban from the six Muslim countries identified seems too short a time period to make much of a fuss about, and the 120-day ban on refugee processing ostensibly to better organize the system is also not in itself unreasonable. So who knows at the moment whether it will end up in the U.S. Supreme Court.

That said, however, there is no doubt that this new order will have an impact on what at least some illegal immigrants in the United States will do. It’s safe to assume some will look to Canada as a way to escape its effect. That is the focus of this article because today the Canadian Cabinet is meeting in Ottawa to consider that question.

Recently there has been growing media coverage of the trickle of migrants streaming across the U.S.-Canadian border ostensibly to get away from Trump’s crackdown on illegal immigrants. The new Trump measures to deport illegal immigrants, including this Trump Lite version, is putting pressure on Canada to consider revoking the Safe Third Party Agreement under which refugees are required to make their claims in the first country they land in and thus not import them into Canada. The argument is that the U.S. is no longer a safe country. So far the Liberal government has remained steadfast in rejecting these calls. So long as that is true the exceptions under that agreement are going to play a pivotal role in Canadian-U.S. relations as the trickle of migrants increases over the summer months – the migrants being less deterred to migrate by the freezing temperatures.

In view of these circumstances it may be worthwhile to consider what is the absorptive capacity of Canada for migrants and the makeup of the illegal population in the United States to project what kind of migrants are likely to come to Canada as more pressure is applied on them by the White House.

RCMP officers look on as an extended family of seven people from Turkey illegally cross the US-Canada border just before dawn on February 28, 2017 near Hemmingford, Quebec. (GEOFF ROBINS/AFP/Getty Images)

In recent years Canada has allowed 250,000 immigrants per year to arrive on its shores. Recently, Canada brought in 55,000 Syrian refugees and the Minister of immigration announced the country would be raising its quota of immigrants to 300,000 this year. That said, consider the fact that there are 11 million illegal immigrants in the United States. Assuming enough pressure is applied on them, the question arises how many of them would make the trek northward? It is easy to see that Canada could easily be overwhelmed by a flood of migrants. When one considers that refugee claimants in Canada can get free health care, social assistance, education for children, work permits and legal aid, the attraction becomes even more apparent.

Looking at the composition of the illegal immigrant population in the United States, over six million have been in the U.S. for over ten years. Another six million are from Mexico. The latter is particularly significant because unlike in the U.S., Mexican citizens can come to Canada without a visa. Recently Canada has been strained by importing 55,000 Syrian refugees, imagine what would happen if a significant number of illegal immigrants from the U.S. arrived all at once into the country.

The Safe Third Country Agreement (STCA) provides that if an immigrant arrives at a port of entry from the United States that immigrant can be turned back and denied the opportunity to make a refugee claim on the argument that it should be made in the first country of arrival. What if most of the migrants to Canada were long-term illegals and decided to come to the country circumventing ports of entry? In that case the STCA does not apply and they would be eligible to make a refugee claim. Some may, but some entrants may not and instead just go underground in Canada if they can get away with it.

The challenge for Canada is to be able to turn the migrants coming to its borders back to the U.S. while allowing genuine refugees to file claims where they were not properly considered in the U.S. Canada needs to negotiate with the U.S. to change the agreement. Presumably, Canada does not want anyone to come to the country illegally and for everyone to enter at ports of entry. Assuming an amendment could be negotiated, Canada could round up illegal entrants and take them to ports of entry to return them to the United States. That would not mean that in every case Canada would have to do it, but it should have the option to do it for migrants who have come merely because they are trying to escape Trump’s deportation efforts.

The distinguishing characteristic between Syrian refugees and refugees and displaced persons who immigrated to Canada previously on the one hand and new arrivals on foot from America on the other is, for the most part, that the process was legal and there were advanced arrangements made for how the first group of newcomers could integrate into Canadian society. With American illegal migrants coming to Canada, many of whom are economic migrants who have been long term residents of the U.S. and not real refugees, the situation is not the same. That’s a key difference.

For these reasons Canada needs to open up discussions with Washington. Apart from what may happen with people from America, CBC recently reported, for example, that there are 30,000 Haitians currently stuck in Mexico trying to make their way up to Canada who cannot get past the U.S. border. No doubt there are others. Paradoxically, Prime Minister Trudeau’s tweet to the effect that Canada welcomes refugees could come back to haunt him. While Canada should indeed welcome refugees, the question is how many, how it is to be done and who is making the choice. The correct way is for the government to decide who is to be afforded Canadian permanent resident status, not the immigrant. The big challenge is whether President Trump is prepared to help Canada with this problem. The very character and makeup of Canada and the Canadian way of life, could be at stake.

SMS MARKETING. HOW IT WORKS? 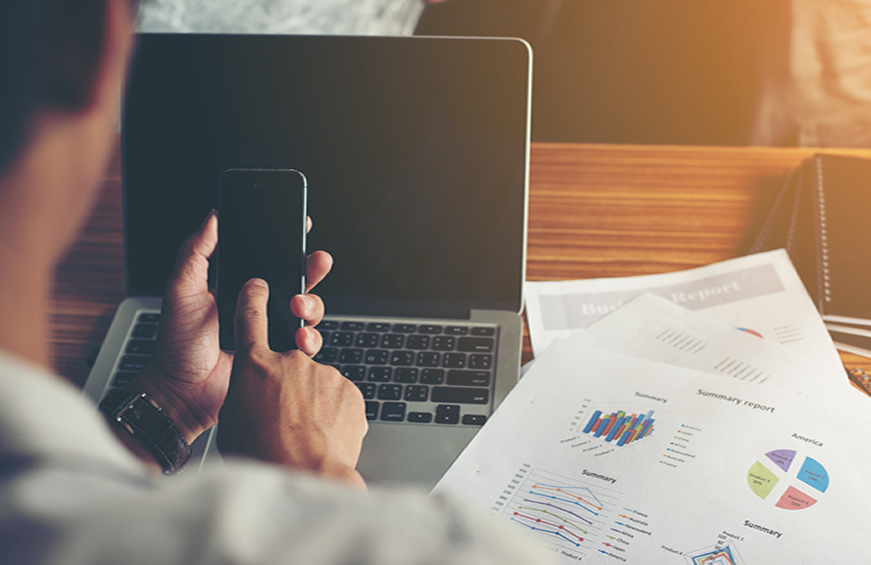 We will discuss, in this article, growing popularity of SMS Marketing – cheap, and instant tool which aims to increase sales, and bring new loyal clients.

All SMS traffic can be divided into 3 segments: SMS marketing, transaction marketing, and service-information. Last two options will be always in demand, but is there a future for advertisement message?

Even though, SMS Marketing has been widely used among many companies, it is too late to bury it considering development of Social Media Platforms, and Social Media Advertisement. The reason is that SMS Marketing is the most targeted, and accurate channel of communication. This type of advertisement, addressed to a specific person, works the best.

What can you do with your existing client’s list?

There are so many ways to attract your clients, and keep them up to date with your product.

In order to create a successful, and win-win SMS Marketing campaign, it is very important to plan every step, to the last detail. It is essential to monitor the reaction and response of the customers, in order to be able to correct the situation accordingly. According to statistics, 95% of received messages are read by its receivers, which is a very good indicator of efficiency. All these makes SMS Marketing another effective channel of interaction with customers.